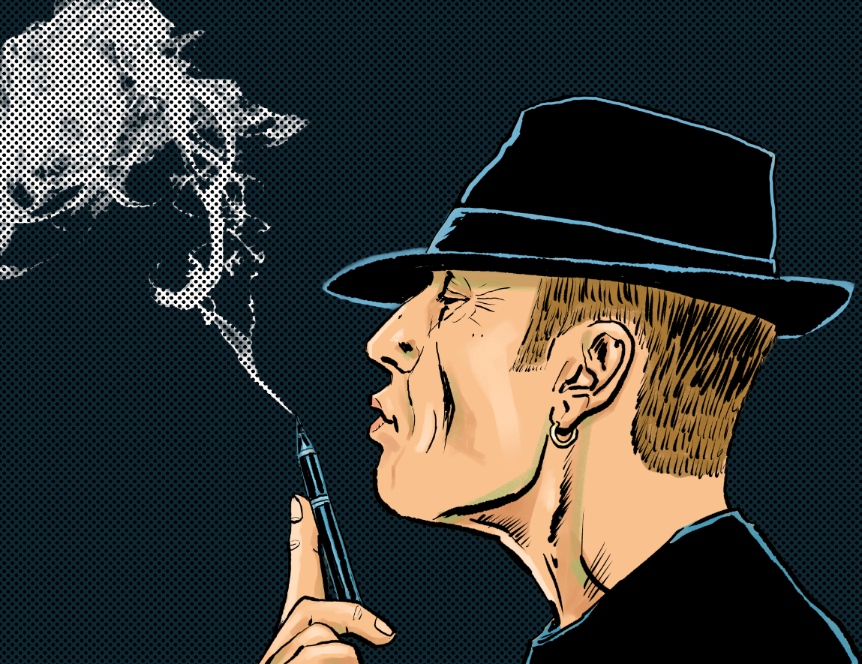 I love comics and cartoons, my biggest skills are portraying and drawing caricatures, humans are my subject. My great abilities are quick wit and intuitive recognition. In the course of my artistic career I have developed a vast variety of styles depending on specific tasks, my professional work is characterized by permanent development. My artistic spectrum includes live art at various events, caricatures, portraits, illustrations, development of logos, cartoon and comicbook art as well as aquarell, oil and mixed techniques.

A big highlight in my artistic career was my participation in the production of the partly animated documentary “The 5 Powers”, including a 48-page comicbook, which tells the story of Thich Nhat Hanh, Sister Chan Khong und Alfred Hassler and addresses Vitnam War, Buddhism and non violent action.

In my free time I read a lot, my interests are all-embracing and I am singing and playing harp (harmonica) with my band Fuzzy Riot.

1982 – 1986
Inscription art history at the University of Vienna,
Fieldwork in the Viennese local scene

Comics
for Wendezeit, “Literatur gezeichnet”, “Essen wie im Häfn” and “5 Powers” and others

Animations
Animated GIF’s for Artyshock and „’s Häferl“ the day care center for ex-prisoners, Characterdesign, Storyboards and Lipsyncs for “5 Powers” and “Planting Seeds”

Thank you for the awesome cooperation
AHA – Puttner Bates, Büro X, CCP Heye, Demner & Merlicek, GGK, Team BBDO, Wirz, PPI, Grill+Gull, Film & Co. and all those that I could not mention. Special thanks to Martin Schicht and its small but excellent advertising agency “Local Communication”.